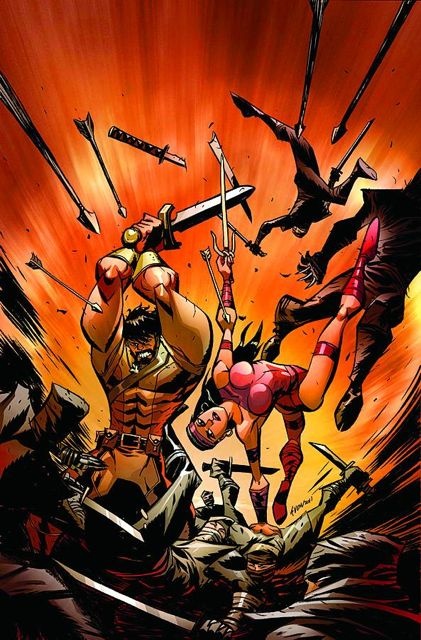 It's hard to be a depowered deity. Herc knows this, and yet remains a hero. His father Zeus, however, is having a rough go of it. Adding to their troubles, the assassin ELEKTRA has joined with the Russian mob to take some powerful items from their Brooklyn home, which doesn't sit well with the man they're stolen from...the KINGPIN! Herc and Zeus are caught in the middle, and their only answer appears to be in a house that walks on giant chicken legs?!? Herculean writers Greg Pak and Fred Van Lente, along with artist extraordinaire David Hahn, craft one of delectable former demigod's craziest adventures yet!