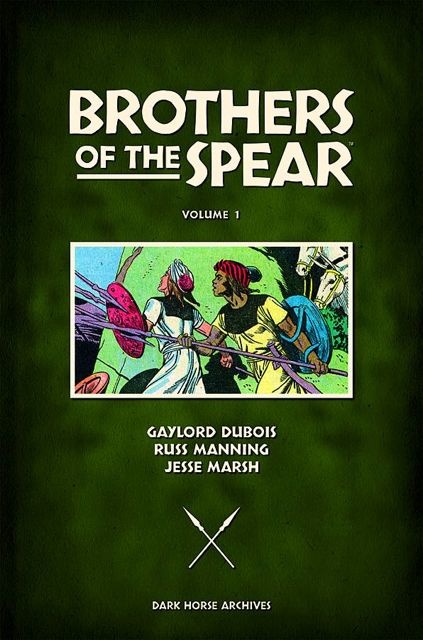 Brothers of the Spear Vol. 1

Young Natongo and his adopted brother Dan-El share a bond much stronger than blood, so when they learn of Dan-El's true father and his lost people, they pledge to discover the secret of his birthright together. Their journey across Africa reveals danger at every turn, but nothing to match the shock of finding Dan-El's home enslaved by an evil witch doctor. With only each other to fall back on, can the brothers of the spear survive battle, exile, shipwreck, and more to overthrow the usurper so Dan-El can take his rightful place as king? Collecting the backup stories from Tarzan #25-#67! Featuring art by comics masters Jesse Marsh and Russ Manning! A never-before-reprinted epic from comics' golden age!