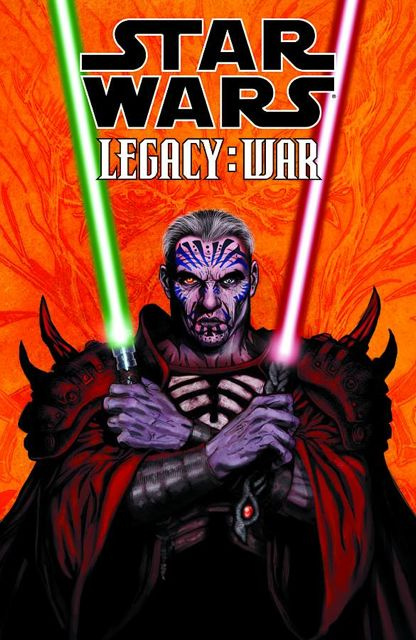 It's an all-out war as the Sith emperor returns from the dead-stronger, more evil, more determined, and prepared to unleash a new secret weapon upon the galaxy! Roan Fel's loyalist Imperials, the Galactic Alliance, and the Jedi are all on the defensive-reeling from the attacks by the unified Sith. But Cade Skywalker has his own plans for this war-all this time spent running from his legacy has finally shown him that he can't run... and he must stand alone against Darth Krayt! Collects the six-issue miniseries.