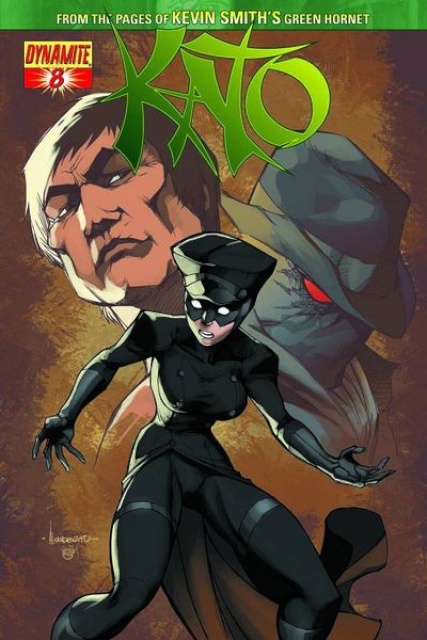 As Mulan continues to battle the villainous head of one of Black Hornet's splinter cells of assassins, she finds herself facing an entirely new kind of enemy. The crime lord Takeshi has imported a Japanese Shaman to launch a spiritual assault on Mulan. The all-new Kato finds herself fighting her most personal and intense battle yet as she deals with the ghosts of her own past. This issue ties in directly to the events of Kevin Smith's Green Hornet series.