For the first time ever, Lady Death's previous tales are being collected in this new series of graphic novels, Lady Death: Origins! With tons of breathtaking adventures that are, until now, out of print, the Lady Death: Origins series is a perfect way for fans to see what has come before the new Boundless monthly series! This first volume collects the epic five-issue "Abandon All Hope" series, which not only tells Lady Death's origin story, but introduces a whole cast of characters, with art from Ron Adrian. Also contained within is the two-issue "Wicked" series with art by Richard Ortiz. This volume is available in Paperback with a cover by Javier (Crossed) Barreno, a Hardcover by Juan Jose Ryp that is limited to 2,500 copies, and a special Signed Hardcover with a new cover from Richard Ortiz and featuring a signature plate from creator and writer Brian Pulido, which is limited to just 1,250 copies! 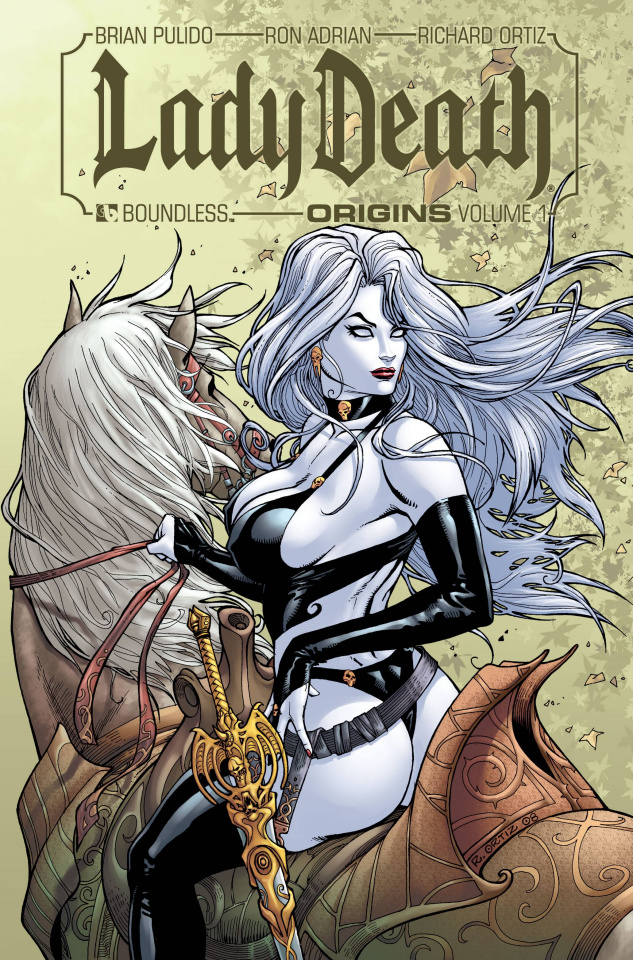