It's Jack Kirby at his finest in some of the kookiest Cap stories of all-time! During the height of their partnership, Captain America and the Falcon face racism and government corruption with fists and shields raised! The deadly Secret Empire has infiltrated American society and plans to drive the entire country into war with their madness-inducing Madbomb! And amid battles with mutated men and armies with deadly weapons, has Cap found love? Featuring the threats of Arnim Zola and Agron! Collecting CAPTAIN AMERICA #193-214, CAPTAIN AMERICA ANNUAL #3-4 and CAPTAIN AMERICA'S BICENTENNIAL BATTLES. 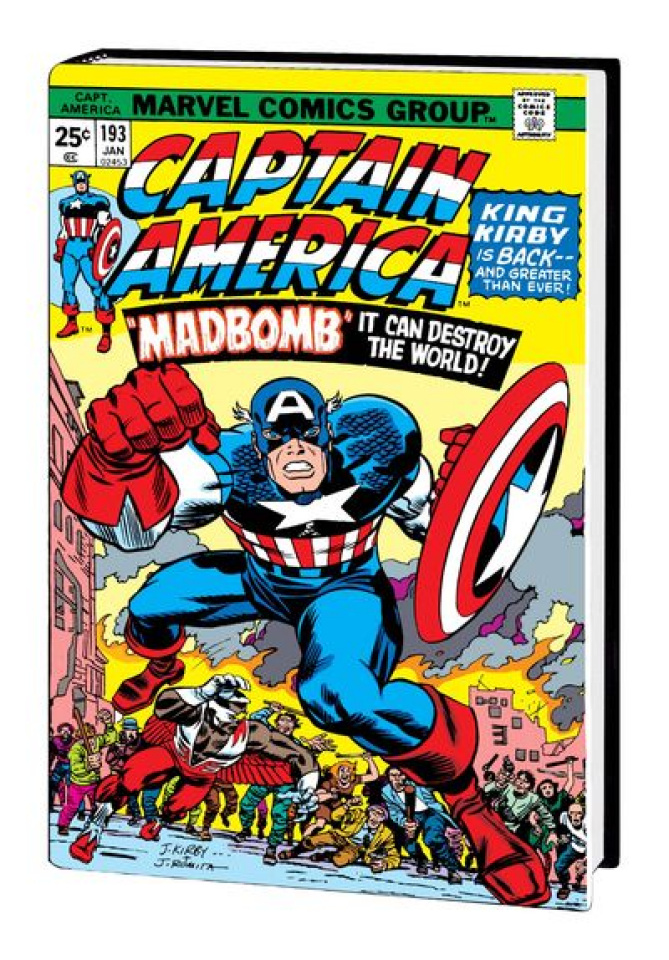