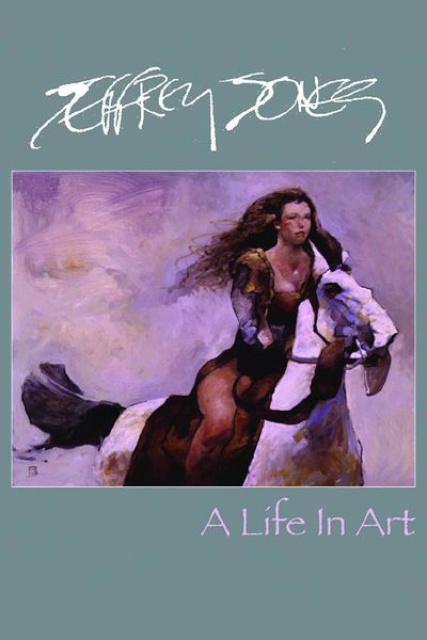 Jeffrey Jones: A Life in Art

Over the past 40 years, there have been few artists who have received as much acclaim and garnered as much attention as Jeffrey Jones. One of the most significant artists of the 20th Century is now one of the most significant artists of the 21st Century. From his early comic book work for Heavy Metal and National Lampoon, to his popular book covers for such authors as Dean Koontz and Andre Norton, to his move into fine art, Jones has inspired generations of painters and artists. This beautiful volume of his personal favorites will only enhance his reputation and cement his standing as one of America's greatest living artists. From the publishing house and designer of the Eisner Award winning Art of Brian Bolland and Eisner Award nominated The Art of P. Craig Russell. Bullet points: ' World-renowned illustration artist Frank Frazetta called Jeffrey Jones 'the greatest living painter.' ' Winner of the Grand Master Award (chosen by the SPECTRUM board), presented to a living artist for career excellence. ' His work has appeared on more than 150 book covers and within the pages of such recognized magazines as National Lampoon, Esquire, and Amazing Stories.