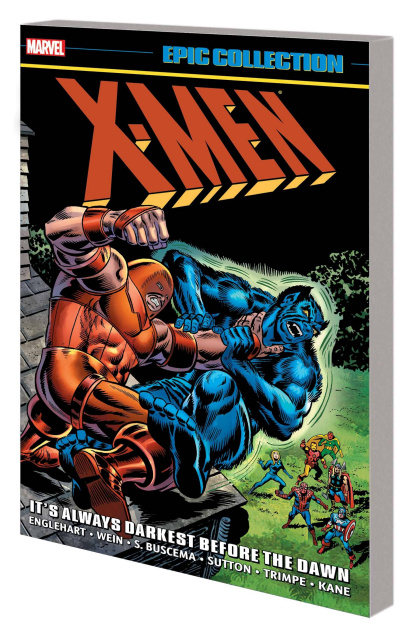 X-Men: It's Always Darkest Before the Dawn (Epic Collection)

Continuing the saga of Marvel's original mutant team! Hank McCoy sets off on his own, taking a research job - but his scientific curiosity will curse him forever when an experiment gone wrong transforms him into a fanged, furry Beast! Meanwhile, the other X-Men find themselves pursued by a secret adversary that seeks to pick them off one by one. They must join forces with Captain America to save the nation and rescue their mutant comrades! Also featuring the first appearances of Wolverine and Madrox the Multiple Man, an X-Men/Avengers battle against Magneto, and a host of rare covers!