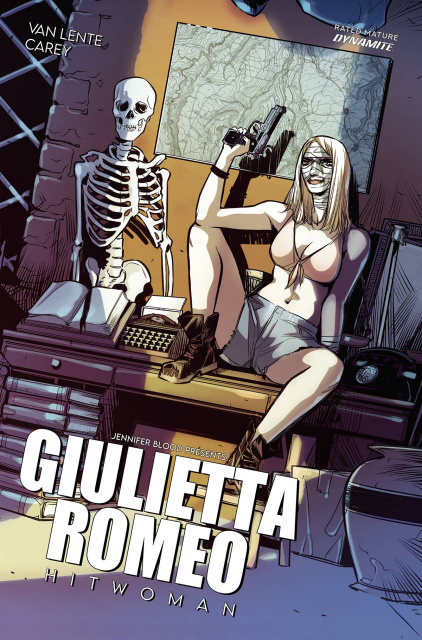 Slamming her way out of the pages of the recent Jennifer Blood series, Italian assassin Giulietta Romeo stars in "La Tempesta," a noirish reimagining of the William Shakespeare play the Tempest. Giulietta is being extradited to Italy after the events of the "Bountiful" storyline when her plane is shot down over a remote island in the Atlantic, a former Nazi stronghold that is now the tiny kingdom of a man named Prospero, a former duke of the Naples mobs. His brother, the man who usurped his position, was being extradited on that same plane, and Giulietta finds herself in the middle of a gory blood feud and fighting for her life against Prospero's monstrous servants, Caliban and Ariel.