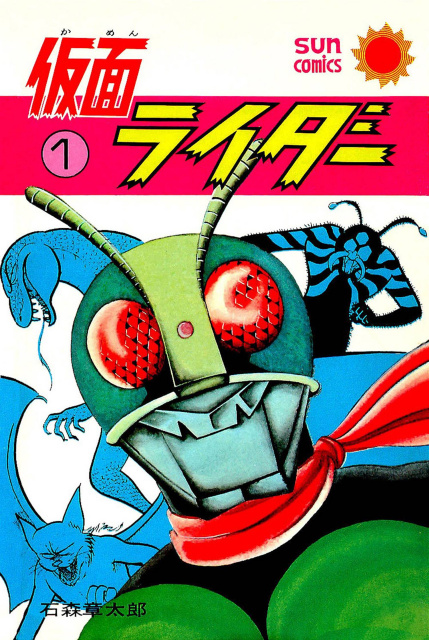 The original run of the legendary Kamen Rider manga, now in English as a special 50th anniversary omnibus! Fans the world over have long been enthralled by tales of Kamen Rider, the masked, motorcycle-riding superhero who protects the world from injustice. Kidnapped and experimented upon by the evil terrorist organization known as Shocker, Hongo Takeshi manages to escape their clutches and use his newfound strength to fight against their schemes. These are his very first adventures, drawn and written by series creator and manga superstar Shotaro Ishinomori, the beginning of a legacy that spans dozens of television series and films. Commemorating the 50th anniversary of Kamen Rider's original 1971 publication, this beautiful hardcover edition contains the first Kamen Rider manga series plus special bonus materials and full-color inserts.