In the year 2056, robots have replaced human beings in the workforce. An uneasy co-existence develops between the newly intelligent robots and the ten billion humans living on Earth. Every human family is assigned a robot upon whom they are completely reliant. What could possibly go wrong? Meet the Walters, a human family whose robot, Razorball, ominously spends his free time in the garage working on machines which they're pretty sure are designed to kill them in this sci-fi satire from Mark Russell (The Flintstones, Second Coming) and Mike Deodato Jr. (The Amazing Spider-Man, The Resistance). In this concluding issue, humans and robots deal with the fallout of tensions boiling over. 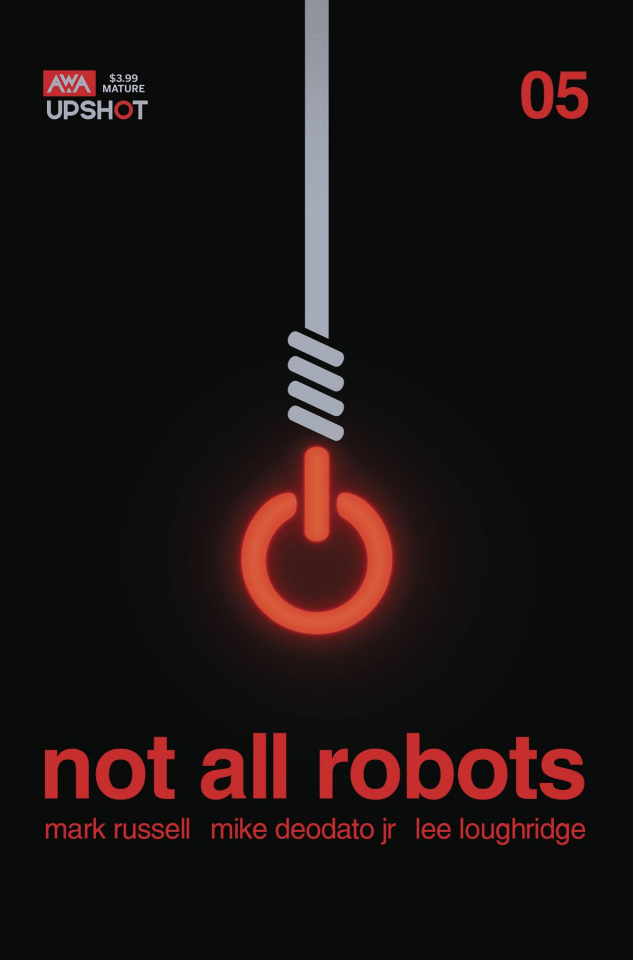