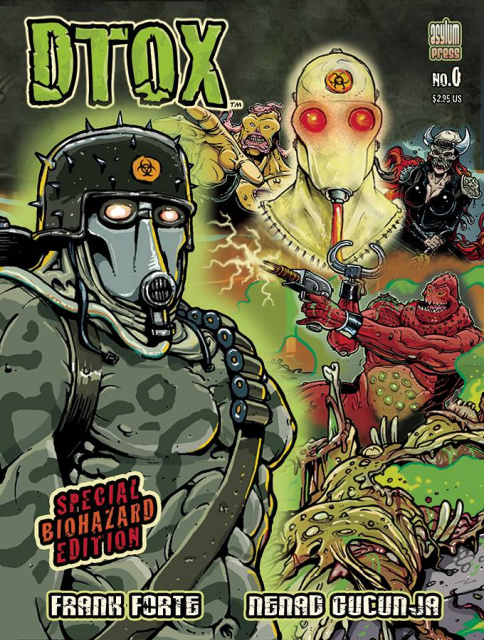 Straight from the pages of Heavy Metal Magazine! In a post-Armageddon future, a lone biohazard warrior fights to cleanse the earth of a rising toxic mutant population. Killvixen, a knife-wielding femme fatale, soon joins him. Together, armed with the mobile arsenal code-named DTANK, they travel the ravaged Midwest in search of rogue monstrosities and fuel. This action-packed story introduces the world of DTOX, Killvixen and Scourge, the biogeneticist who is creating an army of disease carrying mutants. Signed by creator Frank Forte. Comes bagged and boarded with Certificate of Authenticity.