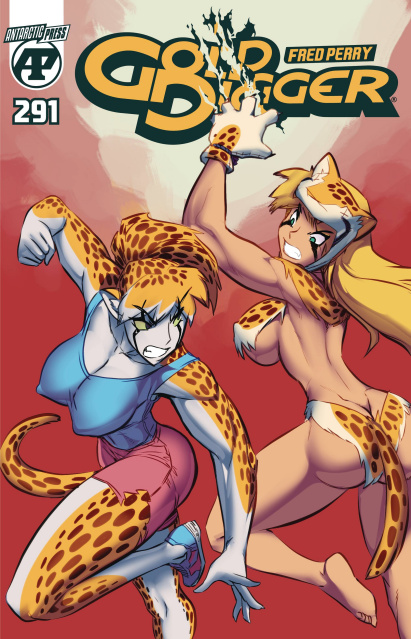 Only nine more issues to go as the series races toward a tour de force in issue 300!

At the center of the Umbral core, Britanny Diggers faces off against her previous self, "Cheetah: Baboon Queen of the Jungle" on an astral battleground of the soul!

But "Cheetah" has a hostage: Gina's rapidly fading life essence! It's a no-win scenario, except... "Cheetah" is constantly distracted by jealousy over Britanny's superior posterior proportions!

Is that the key to putting this 83-billion-year-old ghost to rest-a big butt and smile?