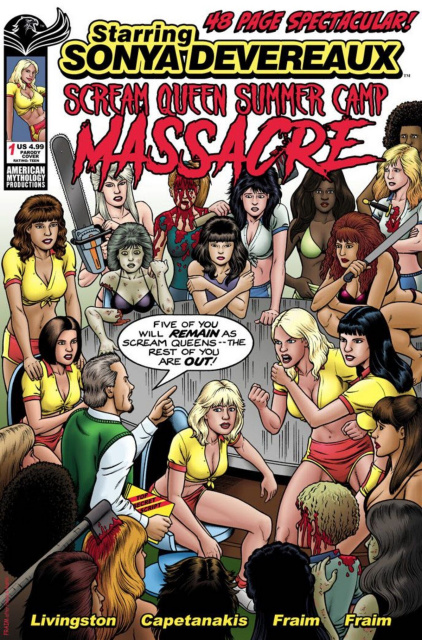 When real life scream queens LINNEA QUIGLEY, BRINKE STEVENS, MICHELLE BAUER, and TIFFANY SHEPIS costar with Hollywood's 306th Best Actress Sonya Devereaux in this one of a kind movie-within-a-movie-within-a-comic-book, horror films have never been so bloody hilarious. Cast as iconic scream queens, the actresses attend a horror convention held at the notorious summer camp that inspired the slasher genre. What could possibly go wrong? Glad you asked. Their camp uniforms are too small, there's only one stall so showering becomes a group activity, and the original serial killer, RAGFACE, is back to continue his streak of creative, gory murders - and to stalk the sexy starlets.