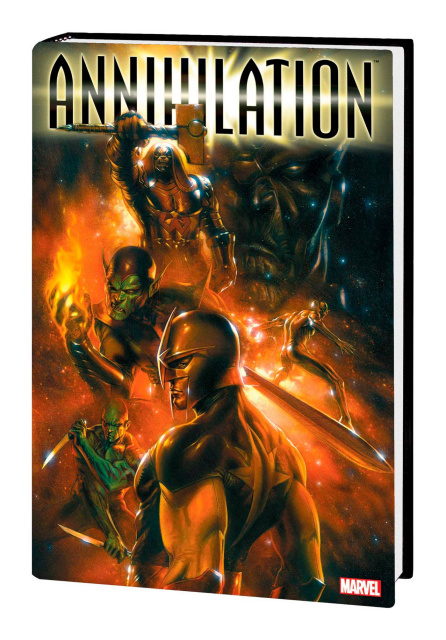 Marvel's cosmic superstars return in explosive, widescreen sci-fi style! Annihilus, lord of the Negative Zone, has declared war! And as his unstoppable Annihilation Wave swarms into the Marvel Universe, demolishing all in its path, only a handful of heroes can resist the destruction! Nova learns the ways of war from Drax the Destroyer; the Silver Surfer seeks out his former master, Galactus, for aid; the Super-Skrull fights for his son's life; and Ronan the Accuser faces Gamora and her women warriors! Nova and Quasar's army leads the charge - but as heroes fall and Annihilus rises, the universe's one remaining hope may be Thanos, the Mad Titan!