Liesel Van Helsing has taken on Dracula and his league of undead allies before, on numerous occasions, and has come out on top. But in the vast dimensions of the universe more than one Dracula exists. Up until now each has been relegated to existing in its own dimension. But one Dracula has plans to unleash his vampire horde across all of time and space. Van Helsing is going to need all the help she can get keeping the entire multiverse from becoming a vampire feeding zone. Don't miss this landmark 50th issue, guest starring Robyn Hood, Belle and a host of the Grimm Universe's heroes! 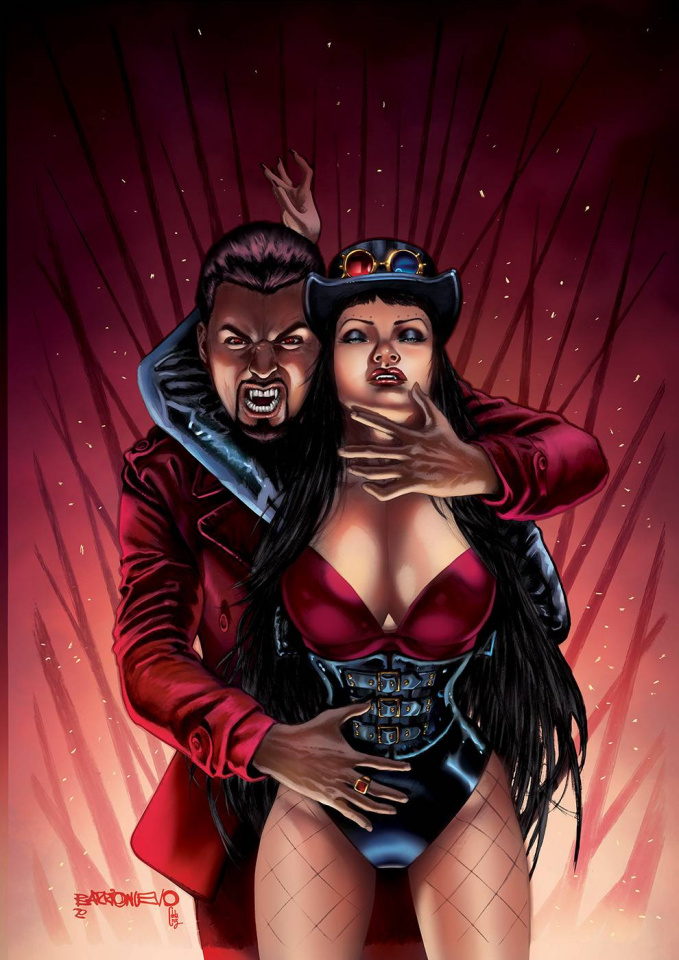