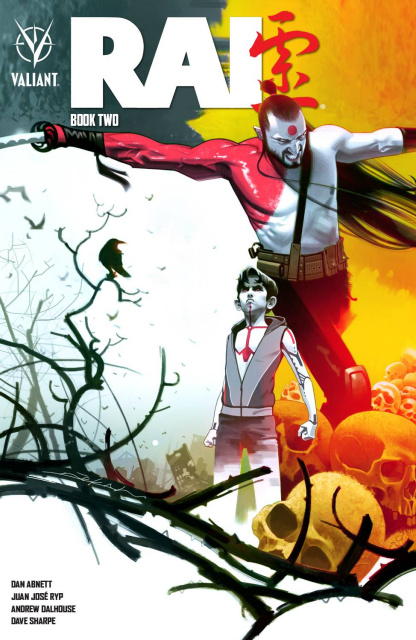 Rai and Raijin's quest to stop Father's plan to recreate his dominion continues! Down in the post-apocalyptic wilds of Earth they'll encounter a dizzying array of people and places like none ever conceived in the sleek technological utopia of New Japan they once called home. Sci-fi masterminds Dan Abnett (Guardians of the Galaxy) and Juan José Ryp (BRITANNIA) take you deeper into the 41st century wasteland in the critically acclaimed series ComicBook.com calls a "new classic in the making"!