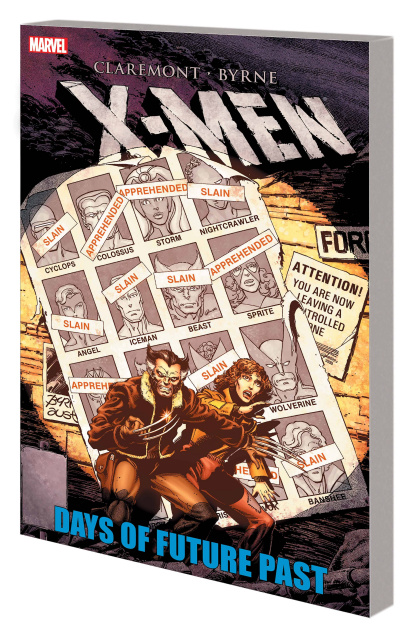 X-Men: Days of Future Past

It was the best of times, it was the worst of times. The sensational creative team of Chris Claremont and John Byrne followed their industry-changing "Dark Phoenix Saga" with the equally revolutionary "Days of Future Past"! Relive the legendary first journey into the then far-off dystopian future of 2013 - where Sentinels stalk the Earth, and the X-Men were mutantkind's only hope...until they died! This all-time classic is collected alongside more unforgettable tales from the climax of the Claremont/Byrne run, including the funeral of Jean Grey! The return of Alpha Flight, in deadly battle with the Wendigo! And Kitty Pryde getting a demon for Christmas?! Plus: Future star John Romita Jr. shows his artistic chops when the sorceress Margali Szardos sends the X-Men to hell!