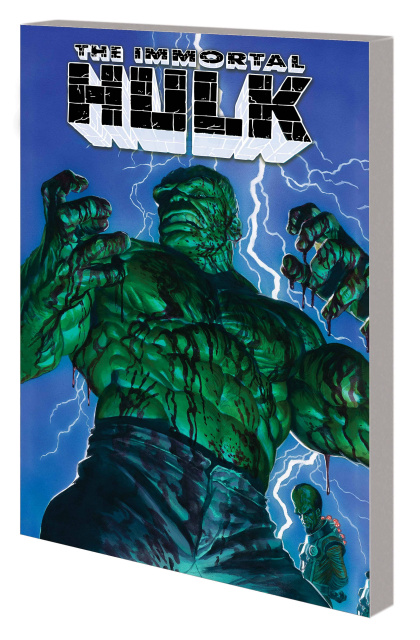 The Immortal Hulk Vol. 8: Keeper of the Door

Follow the Leader! The Hulk's archenemy has set his sights on infiltrating the green behemoth's friend group in preparation to enact his nefarious, long-fomenting plans. But can the Leader push the immortal Hulk beyond his breaking point? Meanwhile, when Bruce Banner first came to Shadow Base, he was cut up into pieces and stored in jars - but he was only the second test subject. The first subject has just been freed! Plus: Some time ago, an outside force entered Bruce Banner's system. The Devil Hulk says it's the Green Scar. The Green Scar says it's the Devil Hulk. They might both be wrong! But now, deep in Banner's mind, something is reaching through the Green Door - and it wants to hurt Banner badly. And the Devil Hulk takes that personally. Al Ewing's best-selling, Eisner Award-nominated story continues!