Set in the 1980s, Doll Island is an unabashed homage to teen slasher films of the same era. Located off the coastal beaches of an idyllic small town, a fabled island draws the curiosity of a tight-knit group of friends. Considered nothing more than a local ghost story, hardly anyone in the town gives more than a passing, shuddering thought to the strange dolls nailed to the thick, ancient trunks of the darkly wooded little isle. The depth of its tragic history has allowed a nameless, deadly sadness to take root and grow among the forest, unchecked. Armed with nothing but a picnic lunch and a youthful enthusiasm for a macabre locale, four friends unwittingly put themselves in the path of the island's long-isolated, long-forgotten groundskeeper. 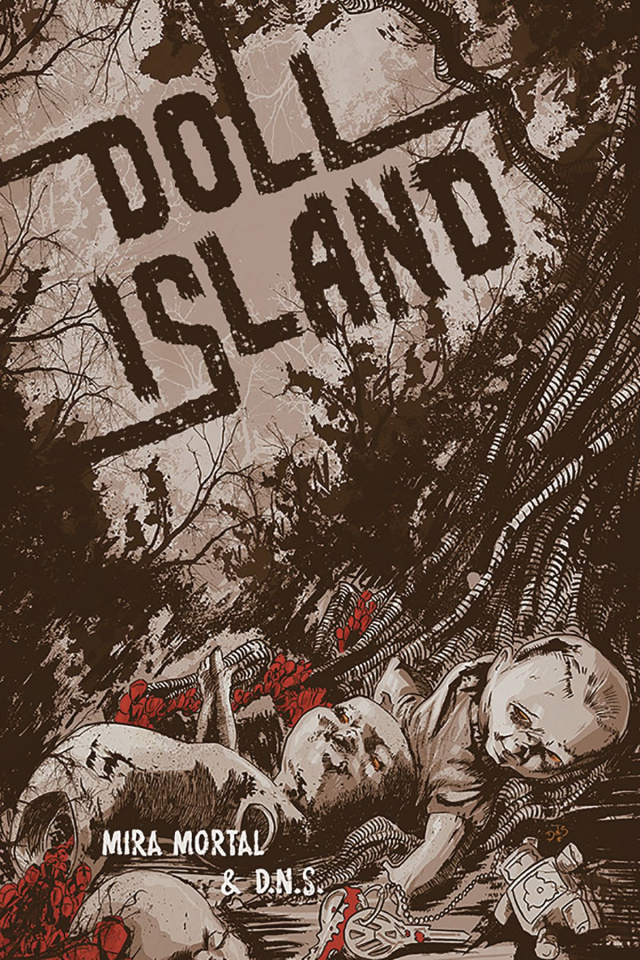