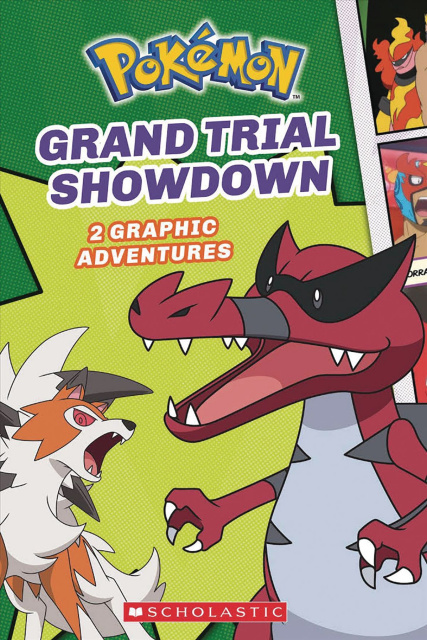 Gotta catch all the Pokémon action in this fun new graphic novel! First, Ash joins the Masked Royal onstage for a fight against the Revengers! Then, Ash visits Ula'ula Island to challenge the island kahuna, Nanu, to a grand trial. But Nanu doesn't think Ash and his Pokémon pals are ready for it. Can Ash prove his skill-and ultimately win the battle? With tons of art on every page from the animated show airing on Disney XD, this comic book is the perfect new format for Pokémon fans.