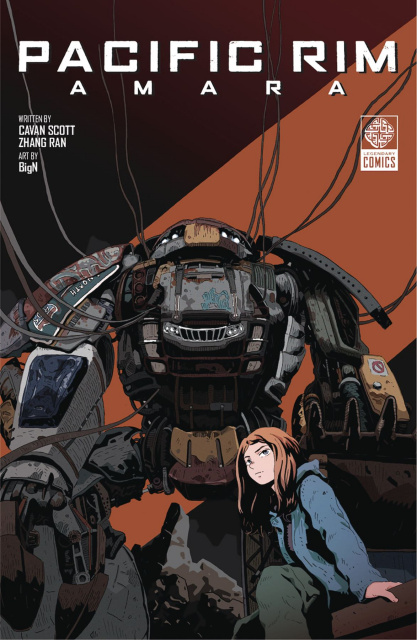 As the Kaiju Wars rage on, Pacific Rim: Amara follows the young heroine whose life shattered when she is orphaned during a devastating monster attack. Fighting to survive as her city is destroyed, she finds shelter with a grumpy mech-inventor named Kai and his closest companion, Hannah. The trio forms an unlikely family in the aftermath of the invasion, looking out for one another and scavenging old mech parts to build their very own Jaeger, a pilotable giant robot with the power to protect Amara from the monsters that took everything from her.