Learn more about the mysterious Pink Lemonade in this holiday collection of short stories, which include the moment she receives her name, a motorcycle crash where she narrowly escapes serious injury, a run-in with an angry French spaceman named Skip who has lost his dog, a bar full of pirates that turn out to be quite friendly, a moment of introspection where she struggles with loneliness, the discovery of an old comic containing a superhero she admires, and Pink Lemonade's first ever letter to Santa! New friends, motorbikes, carousels, dino-shaped chicken nuggets, OJ-bot, angry spacemen, flying dogs, vintage comics...it's all in here! 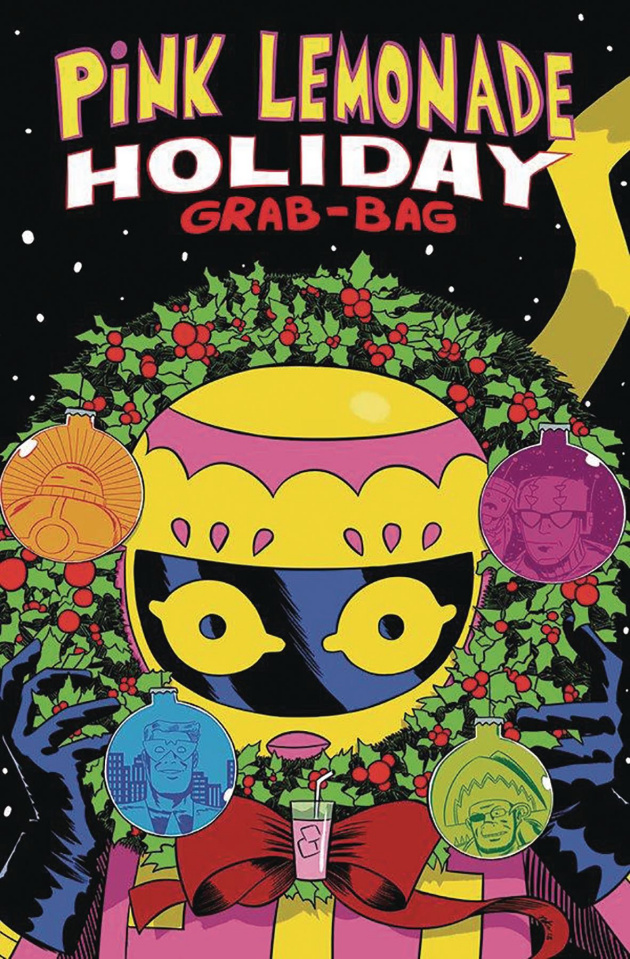