Carson of Venus: The Eye of Amtor #1 (Wolfer Cover)

In 2020, Edgar Rice Burroughs, Inc. will be launching the Edgar Rice Burroughs Universe, an all-new series of interconnected novels by today's top sci-fi writers... And it all begins at American Mythology with a groundbreaking comics prequel series to the first ERB Universe novel, Matt Betts' Carson of Venus: The Edge of All Worlds! In Carson of Venus: Eye of Amtor, stranded Earthman Carson Napier fights against time and the planet Venus itself, tasked with gathering natural artifacts from across wild Amtor before a mad king executes his friends Ero Shan and Nalte. But Carson is not alone, as Princess Duare battles at his side against unearthly creatures and savage landscapes! Then, thrill to the adventures of scientist Jason Gridley and his mysterious protégé Victory Harben in the astounding Pellucidar: Dark of the Sun, a special, three-part, back-up story that launches the epic plotline that will run throughout the novels in the first ERBU "super-arc!" Carson of Venus Eye of Amtor #1 is available with three covers - Main by Vincenzo Carratu, Variant by Mike Wolfer, and a limited edition 1 in 350 Pulp cover, also by Carratu. 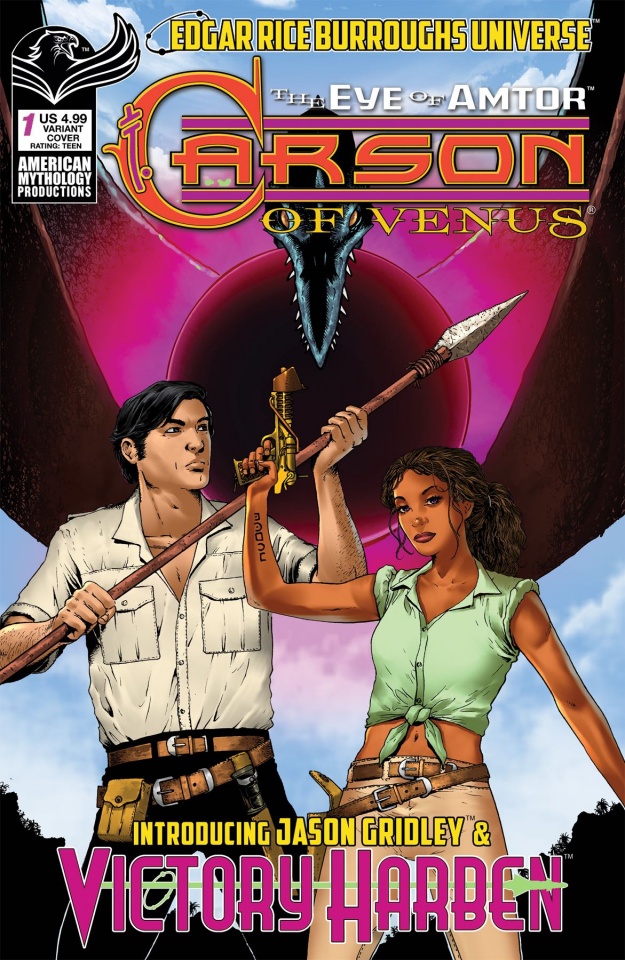