The cult of Carnage comes to New York City! When he was last seen, John Jameson was being recovered from the site of a massacre in Doverton, Colorado, by Misty Knight. Since then, they've both been MIA. So how, then, did they become the only two people poised to prevent chaos as a deadly foe of Spider-Man's is resurrected in the basement of the Ravencroft Institute for the Criminally Insane? Can the team of Iron Fist, Morbius and Cloak & Dagger help them defeat the back-from-the-dead Demogoblin?! Plus: Years ago, Cletus Kasady used the Carnage symbiote to take over Doverton - as well as the team of Avengers who arrived to stop him! Now Captain America, Hawkeye, Wolverine and the Thing must assemble once more when they discover the town's fate! 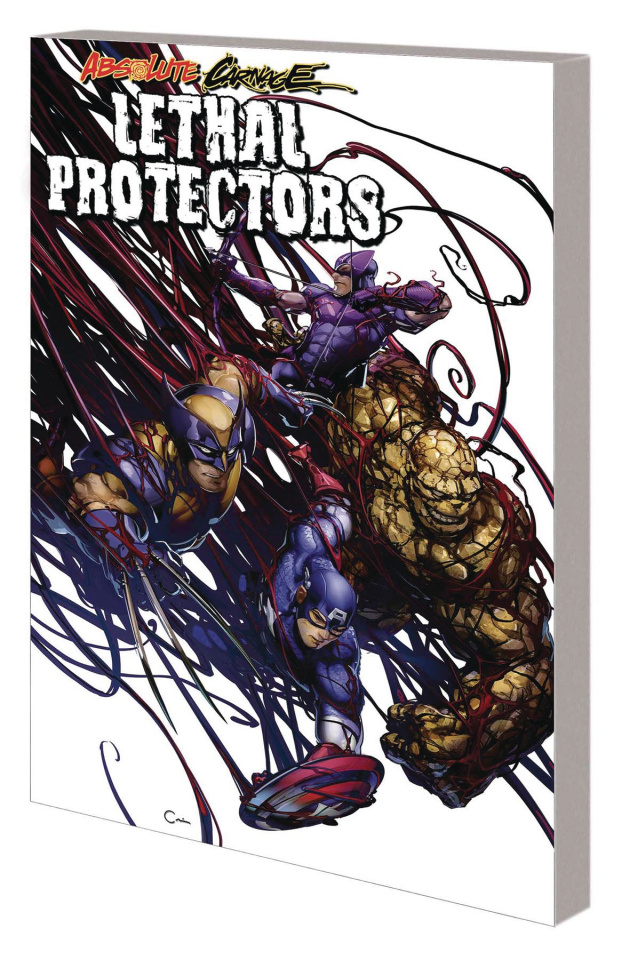