It's Daredevil's first adventure with the Defenders! No, not Jessica Jones, Luke Cage and Iron Fist - we're talking the original Defenders: Doctor Strange, Hulk, Sub-Mariner, Valkyrie and Nighthawk, the greatest non-team in comics! And now, the Man Without Fear must join them in a cosmic game of chess played between the ever-manipulative Grandmaster and the playful Prime Mover! The rules are simple - Daredevil and the Defenders vs. a dangerous group of aliens...with the fate of the Earth at stake! And among these enemies is a major threat with a big future ahead of him - Korvac, from the year 2977! One of the biggest power players in the Marvel Universe makes his debut in this action-packed classic! It's one of the all-time great Marvel comic books, boldly re-presented in its original form, ads and all! 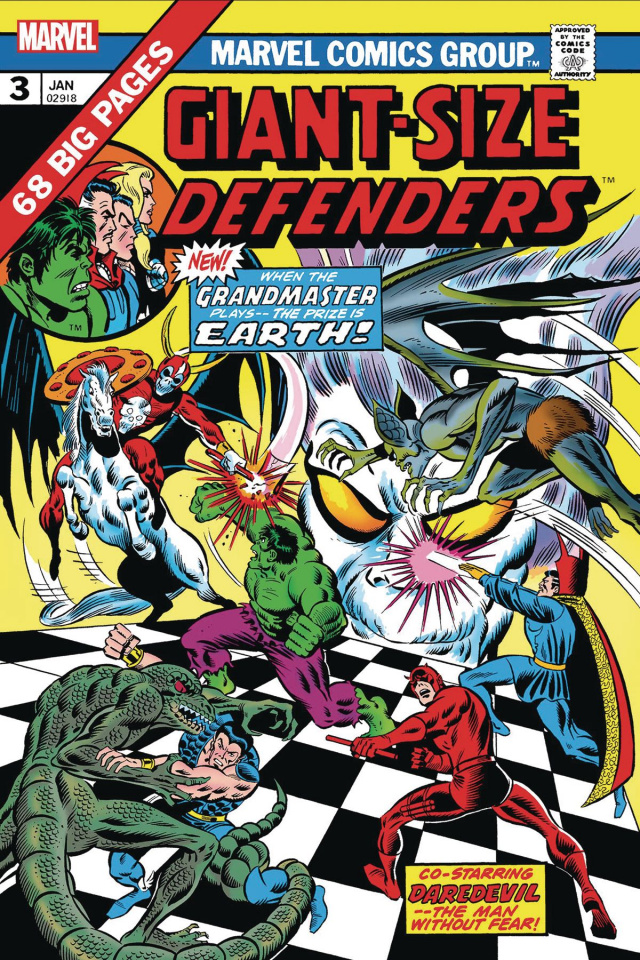