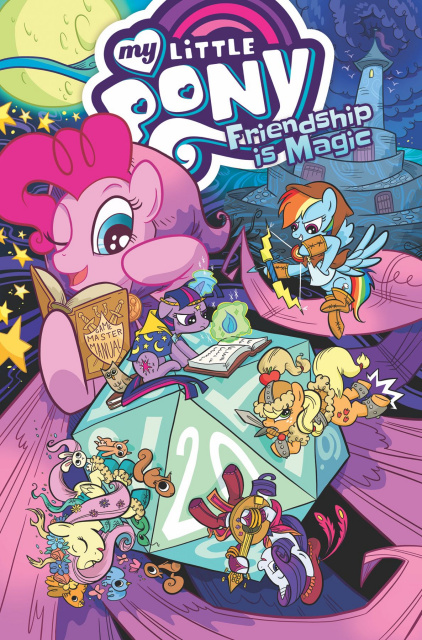 It's the anniversary of the founding of Ponyville-which means it's time for a celebration! With a surprise show in store for Mayor Mare, it's up to Twilight and Apple Bloom to keep the festivities a secret... but that might be hard in a town like Ponyville, where you never know who might show up! Then, roll a natural 20 as Pinkie Pie and the rest of your favorite ponies get ready for a live-action role playing game for the ages! With elaborate costumes, captured princes, and one of Pinkie's famous cakes on the line, you can bet things are going to get crazy!

Collects issues #79-83 of the My Little Pony: Friendship is Magic series.