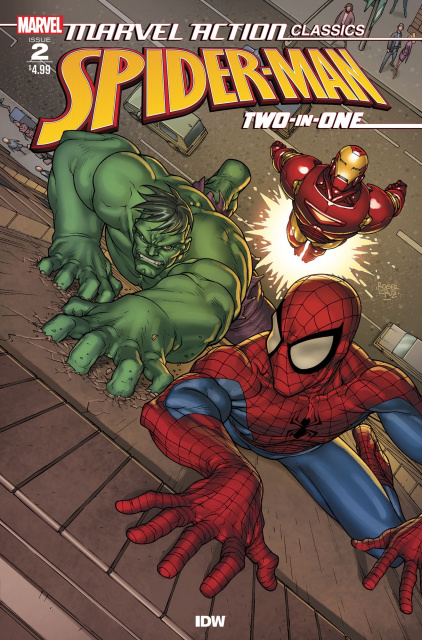 Two tales! Two guest stars! Two action-packed adventures from the vault of heroes! Spider-Man teams up with Iron Man and the Hulk as a meteor storm reveals an even stranger danger! Plus-is there rom for another Hulk and another Iron Man? Futuristic time-traveller Kang the Conqueror thinks so-and it's up to Spidey and friends to put the kibosh on Kang's plan... which, alarmingly, involves potato chips!