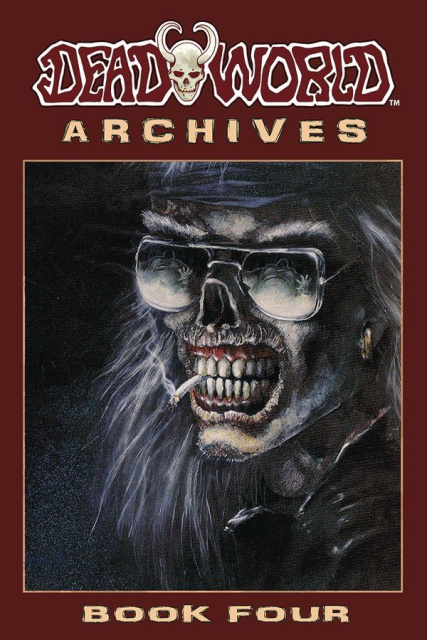 Before there was The Walking Dead there was Deadworld. One of the longest running independent comics in the market today. Here are all the original Deadworld series collected into a nine volume series of Deadworld: Archives! In Book Four, containing issues #15-18 plus the Deadtales short stories that introduced the Amy character, Dan and Joey find themselves in a small town that seemingly is isolated from the zombie menace. They adapt to a life of normalcy and the global horror seems to ignore this haven. But of course, that won't last for long!