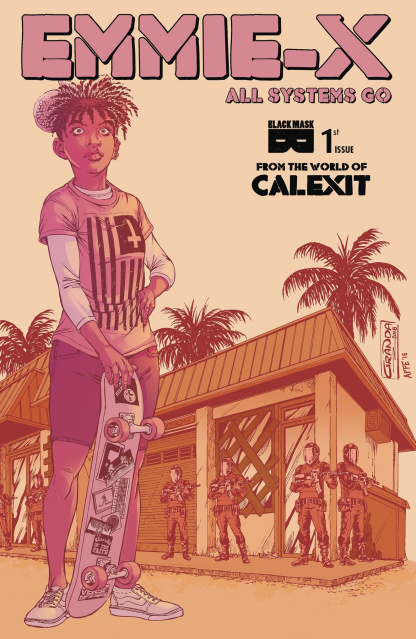 Teenage skaterat Emmie runs a punk record shop in an abandoned strip mall during the CALEXIT military occupation. When Homeland Security turns the strip mall into a detention center, Emmie realizes she must fight the power. Originally published as a limited edition one-shot at Comic Con to raise money for immigrant families separated at the border, readers demanded more of Emmie's story. This new edition of #1 launches Emmie into her own mini-series.