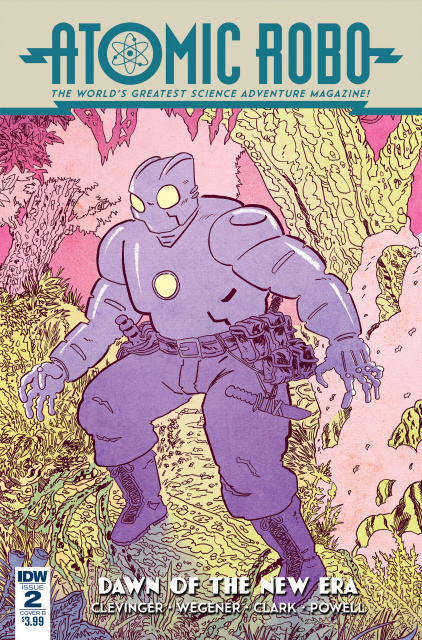 Atomic Robo just opened Tesladyne Institute's doors to the next generation of Action Scientists and that means hijinx are afoot! But with Vik, Lang, and Bernie off-campus, it's up to Robo and Foley to make sure the place doesn't burn down. Also, Robo's building a secret robot son using the automatic intelligence that tried to cook the Earth in nuclear flames a few years back. I bet that won't backfire on him!

Calling all future Action Scientists! If you want the best education-one that'll prepare you for rock monsters, evil brains-in-jars, insane dinosaurs, corrupt scientists, extra-dimensional beings, and of course, heaping helpings of A.I.s, this book is for you!