The Planet Covenant is live! Warrior representatives from across the known galaxies have gathered to wage battle and prove their cosmic superiority. Representing the humans of Earth is War Cry, who enters into his first gladiatorial match with all the ego and bluster we can expect from Earthlings. But will it be enough to stop the lava-spewing champion of Saturn? Alliances are formed in and out of the arena, as each fighter starts to establish their rank. War Cry thinks he has found a friend in an empathic healer from distant Vrang, but he can't help but think his only true friend may be the oceanic Deep Dweller, his rival from Earth. And of course, what no one yet knows is what the ruling powers are after. It can't just be watching species from around the cosmos tearing each other apart...can it? 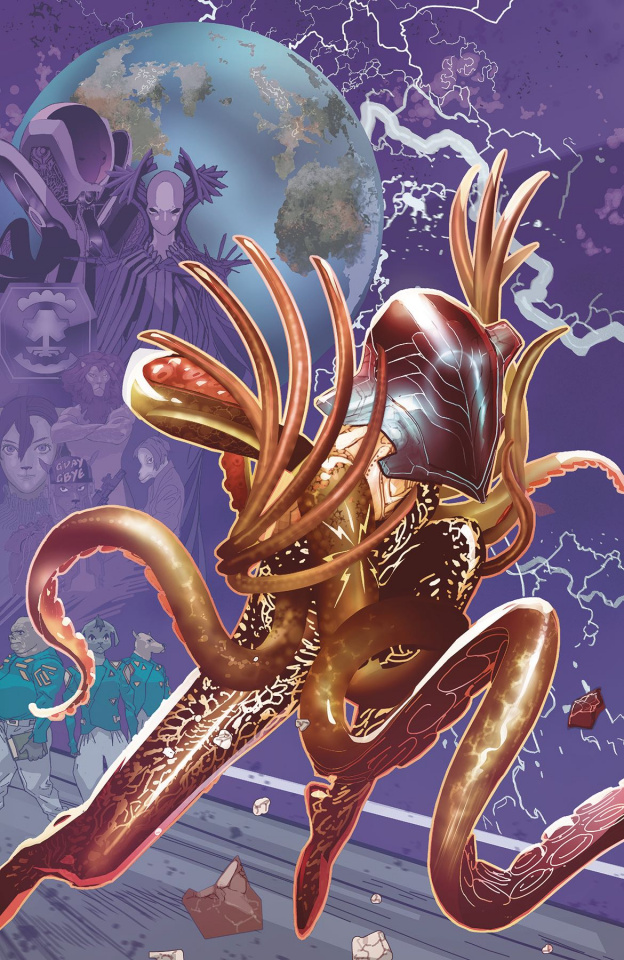