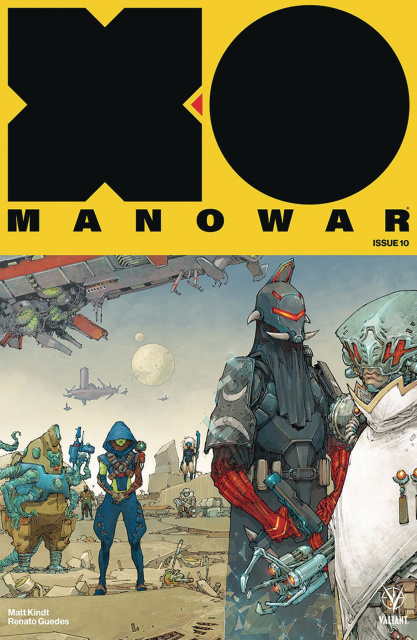 Wanted dead or alive by the galaxy's deadliest band of mercenaries!

One does not rise to power without making enemies along the way...and for X-O Manowar, the armored emperor of the planet Gorin, those enemies' grievances have now come due. To end his reign, Aric of Dacia's adversaries have paid a blood-fueled bounty to a ragtag assemblage of the cosmos's most feared undesirables and cutthroat killers - alien beings whose viciousness is matched only by their greed. And their hunt starts...now.