This December, deeply alarming and untrustworthy writer Daniel Kibblesmith (The Late Show with Stephen Colbert) and eyepopping artist Kano (Daredevil) give the Valiant Universe the adjective-worthy superheroes it deserves: QUANTUM AND WOODY! 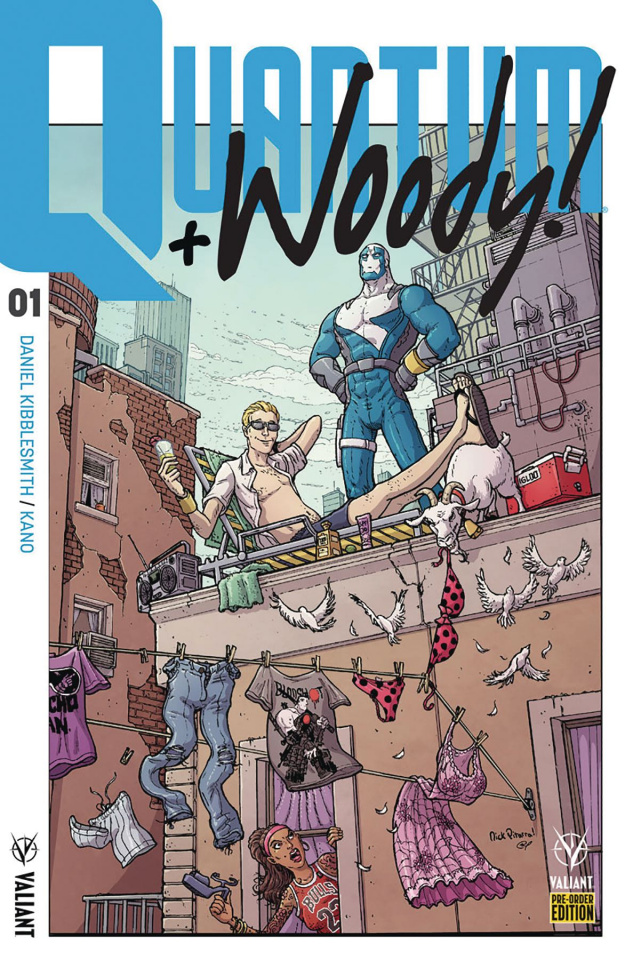