The Dark Judges: The Fall of Deadworld

Deadworld was once a planet similar to Earth, until Judge Death and his brothers Fear, Fire and Mortis deemed that as only the living could break the law, life itself should be a crime. As the Dark Judges set out to bring extinction to this parallel world, Judge Fairfax and a family of farmers attempt to escape the chaos. Is it possible for the living to evade to cold, icy grasp of Death? This chilling collection also features the Dreams of Deadworld strips, giving an extraordinary insight into the undead psyches of the internationally famous super-fiends. The never-before-collected Fall of Deadworld story-line, shining new light on internationally-beloved villains, The Dark Judges. Includes the untold origins of The Dark Judges, including Judge Dredd arch-nemesis Judge Death. 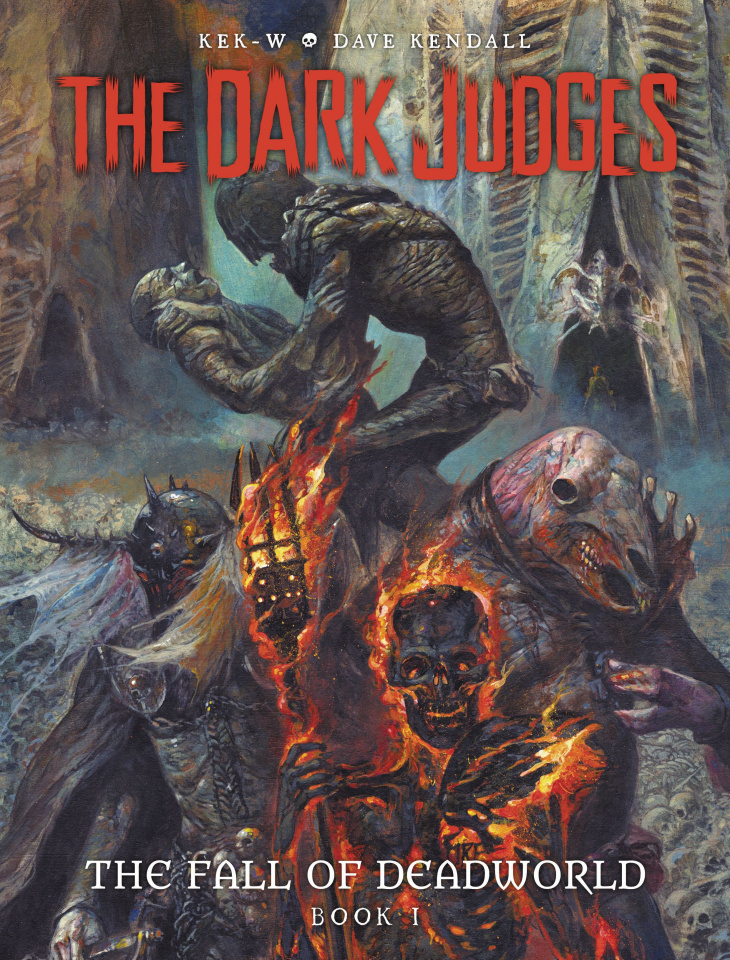