Special one-shot issue written and illustrated by Sarah Graley (Rick and Morty: Lil' Poopy Superstar, Kim Reaper)! There's a new kid in skool, and his name is GIR...B? GIRB?! That's just GIR with an extra B tacked on the end! But somehow the skoolkids are all fooled-except ZIM of course, he'd recognize his lackey... er, slave... er, servant?... anywhere! And also Dib, because he's the only one who can see through bad human disguises, apparently. 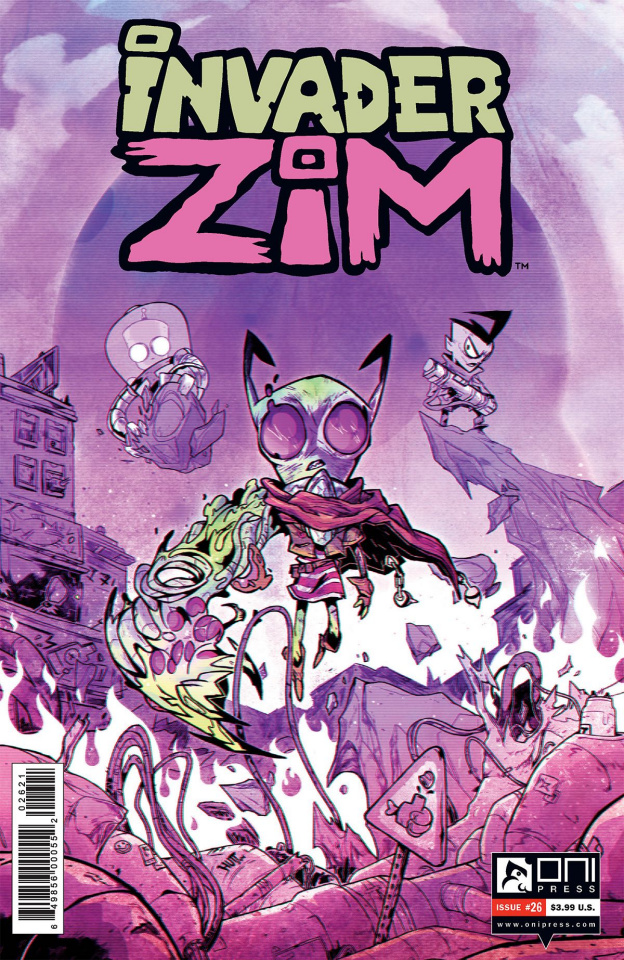