Superb Vol. 1: Life After the Fallout

One years ago, Earth was saved from an asteroid but a meteor shower hit the world! Youngstown, Ohio became a level 5 impact zone, and teenagers have emerged with enhanced superhuman abilities!

Kayla Tate has returned to Youngstown and reunited with her childhood friend, Jonah Watkins, a young man with Down Syndrome. Together, as the superpowered team of Cosmosis and Amina, the young heroes stand side by side to rescue people kidnapped by the supposedly benevolent corporation known as Foresight. 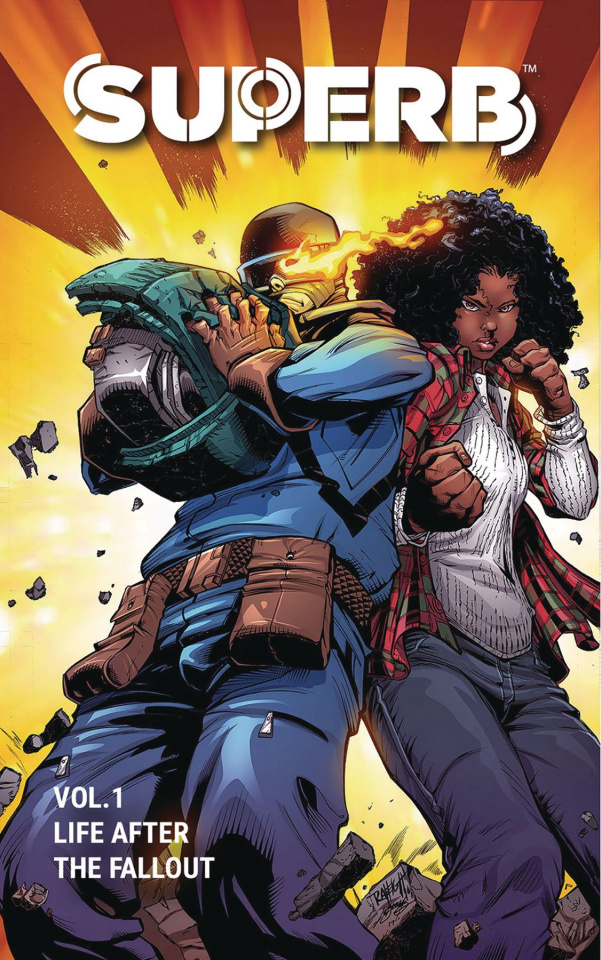