The world of Fairy Tail is too big to be contained by one manga! From the pen of creator Hiro Mashima, this two-volume series contains the lost tales of Fairy Tail, where wizards Natsu, Lucy, and Erza get into crazy situations, and your favorite supporting characters get a chance to shine. For the members of Fairy Tail, a guild member's work is never done. While they may not always be away on missions, that doesn't mean our magic-wielding heroes can rest easy at home. What happens when a copycat thief begins to soil the good name of Fairy Tail, or when a seemingly unstoppable virus threatens the citizens of Magnolia Town? And when a bet after the Grand Magic Games goes sour, can Natsu, Lucy, Gray, Erza turn the tables in their favor? 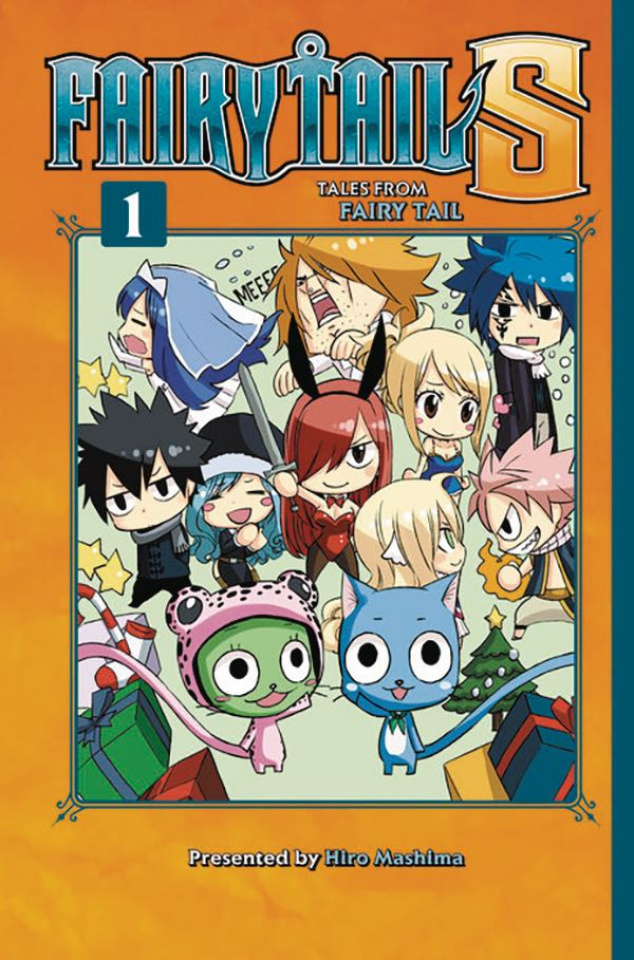