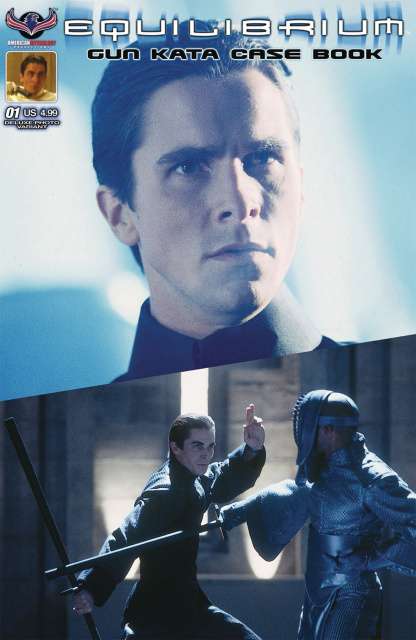 Return to Libria and the dystopian world of Equilibrium! Emotions and artistic expression is banned. And Sense Offenders are the biggest threat to the peace the city faces. To stop these terrorists, the Grammaton Clerics are trained in the lethal martial art of gun kata, which allow them to dispatch of the underground rebels with brutal finality. This special one shot story examines the black and white world of Equilibrium and drops you in the middle of a non-stop firefight for control! Equilibrium Gun Kata Case Book comes with two covers - Main by Richard Bonk and Photo Cover.