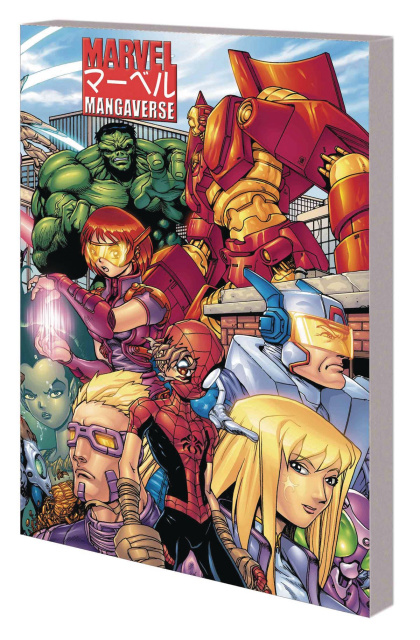 East meets West as your favorite heroes are reimagined in hyper-kinetic style! It's a new dawn as the Marvel Universe emerges like never before. Brace yourself for a kaiju-esque Hulk and a mecha-style Iron Man! Plus: Versions of the Avengers, Spider-Man, Punisher, Ghost Rider, the X-Men and more unlike anything you've ever seen before! The excitement only builds with a fresh take on the Galactus saga! Can the Fantastic Four and friends save the day, or are they destined to meet their Doom?! Make yours Marvel manga!