The third of six volumes collecting MATT WAGNER's epic fantasy trilogy. THE HERO DEFINED was the series that first saw WAGNER join the ranks of Image Comics creators and continues the saga of the reborn Pendragon, Kevin Matchstick. Several years after the events of THE HERO DISCOVERED, Kevin finds himself partnered with a posse of comrades who also embody the powers and personas of ancient heroes. Together they confront and battle a litany of supernatural challenges, all seemingly orchestrated by an unseen malevolence from Kevin's past.

MATT WAGNER's classic epic of comics fantasy has been beloved by both old fans and new readers for decades. MAGE was at the vanguard of the independent comics scene and continues to be an inspiration for many contemporary creators. With the release of the final part of the MAGE trilogy, THE HERO DENIED, this series will be an essential part of any comics library. 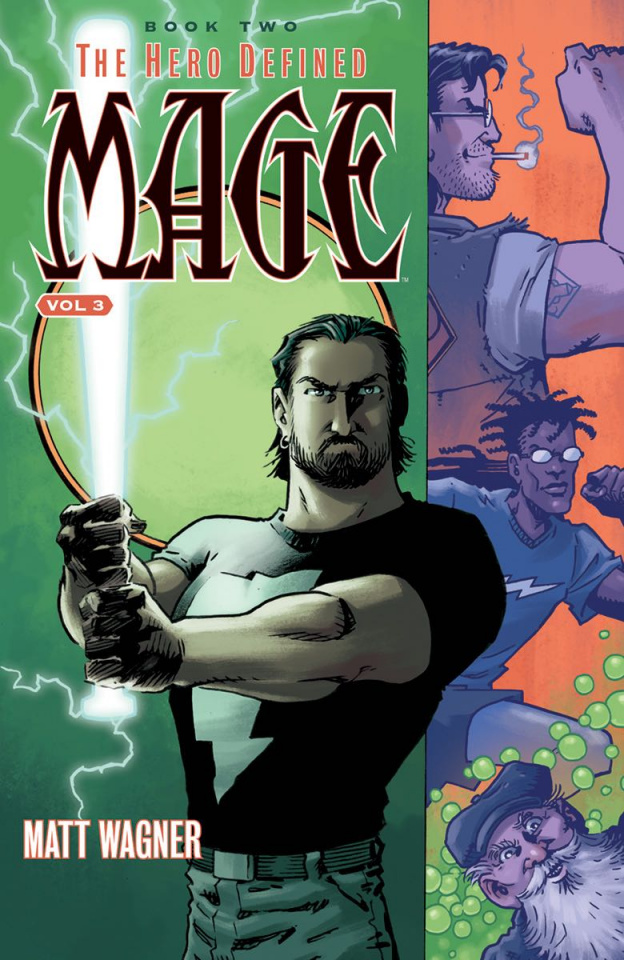