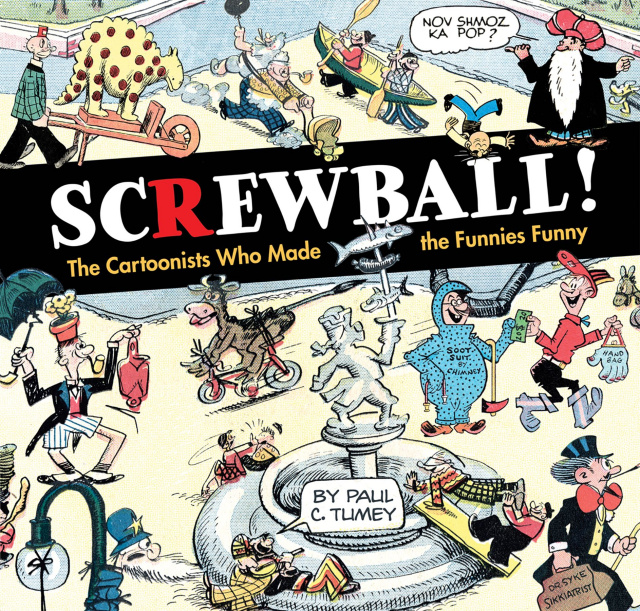 Screwball: The Cartoonists Who Made the Funnies Funny

The story of screwball comics, with new research and rare art from some of the most hilarious cartoonists of all time.

Before "screwball" became a movie genre, it was a staple of other forms of American culture, including newspaper comic strips. Emerging from the pressures of a rapidly accelerating technological and information-drenched society, screwball comics offered a healthy dose of laughter and perspective. Comics scholar Paul C. Tumey traces the development of screwball as a genre in magazine cartoons and newspaper comics, presenting the lives and work of around two dozen cartoonists, with an art-stuffed chapter on each.