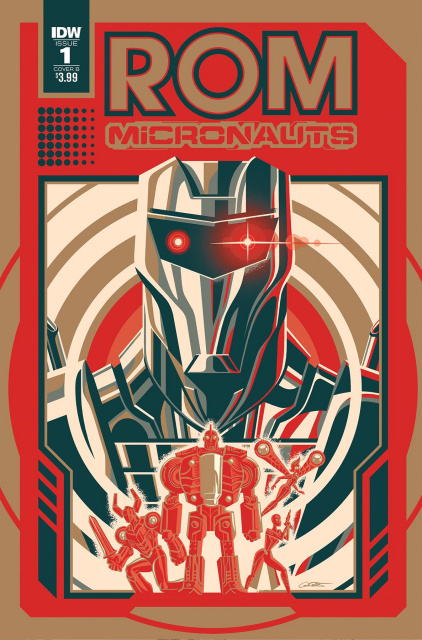 Baron Karza and D'rge, the Dire Wraith sorcerer, have joined forces to carry forward their equally malignant goals-Karza desires to conquer all of Microspace (again), while the Wraiths seek to awaken their Wraith God and conquer Earth! Now it's up to Rom and the Micronauts to form their own alliance in order to stop the evil domination of two worlds! Christos Gage (Amazing Spider-Man, Buffy the Vampire Slayer) and Paolo Villanelli (Rogue One: A Star Wars Story) team up to bring us this all-new adventure!

An all-new Hasbro team-up event featuring your favorite Solstar Knight and the tiniest heroes around!