The Eye of the World Vol. 3

Rand; his friends Mat, Perrin, and Egwene; the Aes Sedai Moiraine and her Warder, Lan Mandragoran; Thom the gleeman and Nynaeve, the village Wisdom, split into three groups while trying to escape the ancient, dead city of Shadar Logoth, where they are pursued by the deadly Mashadar. A disastrous river crossing leaves Perrin and Egwene on their own, until they meet a mysterious stranger who claims that he and Perrin share a remarkable ability. Meanwhile, Rand, Mat, pose as Thom's apprentices as they sail downriver on a cargo ship. Collects issues #13-18 of the adaptation of Robert Jordan's novel. 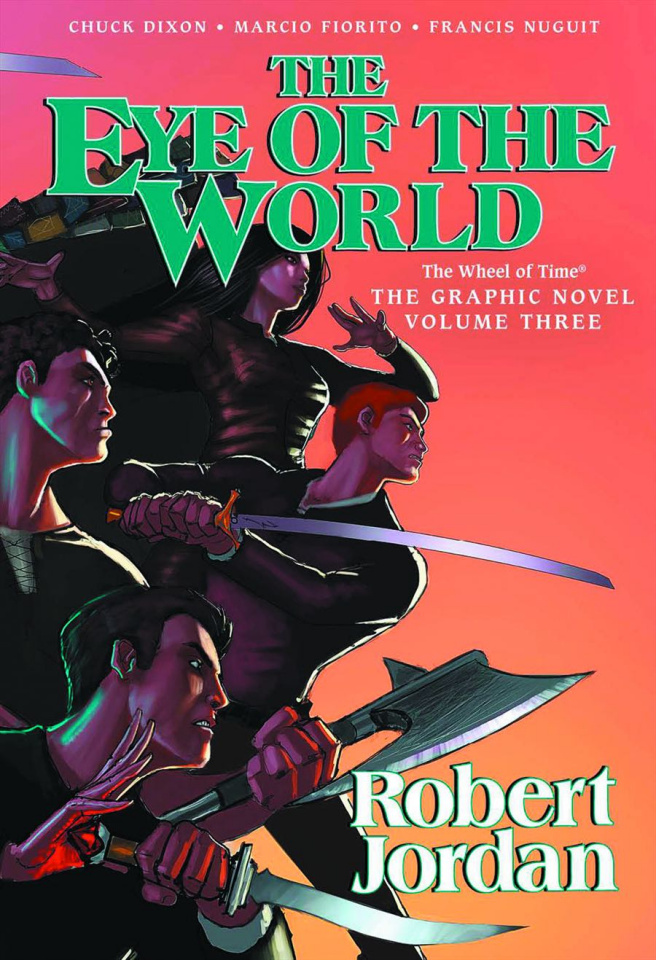