Kindred Spirits on the Roof

Mako and Shiori have been best friends since they were children, but when Mako suddenly confesses her love to Shiori, all Shiori can do is run away! One year later, Shiori sees Mako and decides she wants to rekindle their friendship. Can the two girls go back to their relationship the way it was before, or are they ready for it to evolve into something else? Meanwhile, fellow student Hase Chiharu loves seeing yuri romance play out. For that reason, she becomes enamored by two senior classmates, Natsuki and Rika, a power couple in the school's Quiz Show Club. When Chiharu joins the club so she can be closer to them, she meets the adorable Tokino. Tokino can't take her eyes off their beautiful upper classmates either, and as Chiharu and Tokino observe the couple together, their own sweet relationship begins! 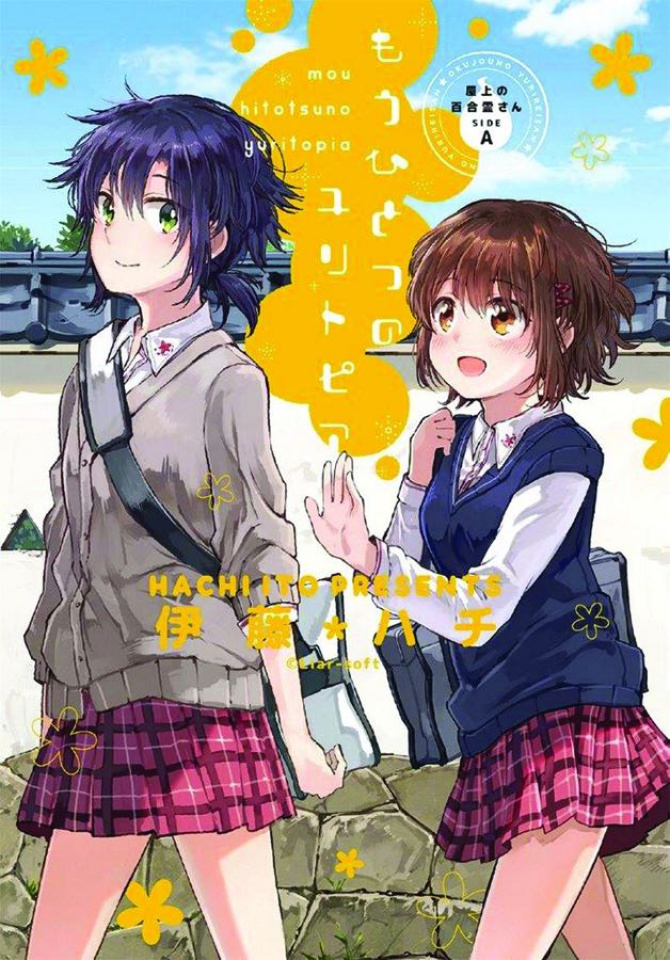