It's in this volume (featuring another two years' worth of Pogo strips) that we meet one of Walt Kelly's boldest political caricatures. Folks across America had little trouble equating the insidious wildcat Simple J. Malarkey with the ascendant anti-Communist senator, Joseph McCarthy. The subject was sensitive enough that by the following year a Providence, Rhode Island newspaper threatened to drop the strip if Malarkey's face were to appear in it again. Kelly's response? He had Malarkey appear again but put a bag over the character's head for his next appearance. Ergo, his face did not appear. (Typical of Kelly's layers of verbal wit, the character Malarkey was hiding from was a "Rhode Island Red" hen, referencing both the source of his need to conceal Malarkey and the underlying political controversy.) The entirety of these sequences can be found in this book.

But the Malarkey storyline is only a tiny portion of those rich, eventful two years, which include such classic sequences as con-man Seminole Sam's attempts to corner the market on water (which Porkypine's Uncle Baldwin tries to one-up by cornering the market on dirt); a return engagement of Pup Dog and Houn'dog's blank-eyed Little Orphan Annie parody "Li'l Arf and Nonny"; Churchy La Femme going in drag to deliver a love poem he wrote, Cyrano style, on Deacon Mushrat's behalf to Sis Boombah (the aforementioned hen); P.T. Bridgeport's return to the swamp in search of new talent; and of course two rousing choruses of "Deck Us All With Boston Charlie."

In addition to presenting all of 1953 and 1954's daily strips complete and in order for the first time anywhere (many of them once again scanned from original syndicate proofs, for their crispest and most detailed appearance ever), Pogo Volume 3: "Evidence to the Contrary" also contains all 104 Sunday strips from these two years, presented in lush full color for the first time since their original appearance in Sunday sections 60 years ago - plus the usual in-depth "Swamp Talk" historical annotations by R.C. Harvey, spectacular samples of Kelly's work scanned from original art, and a whole lot more! 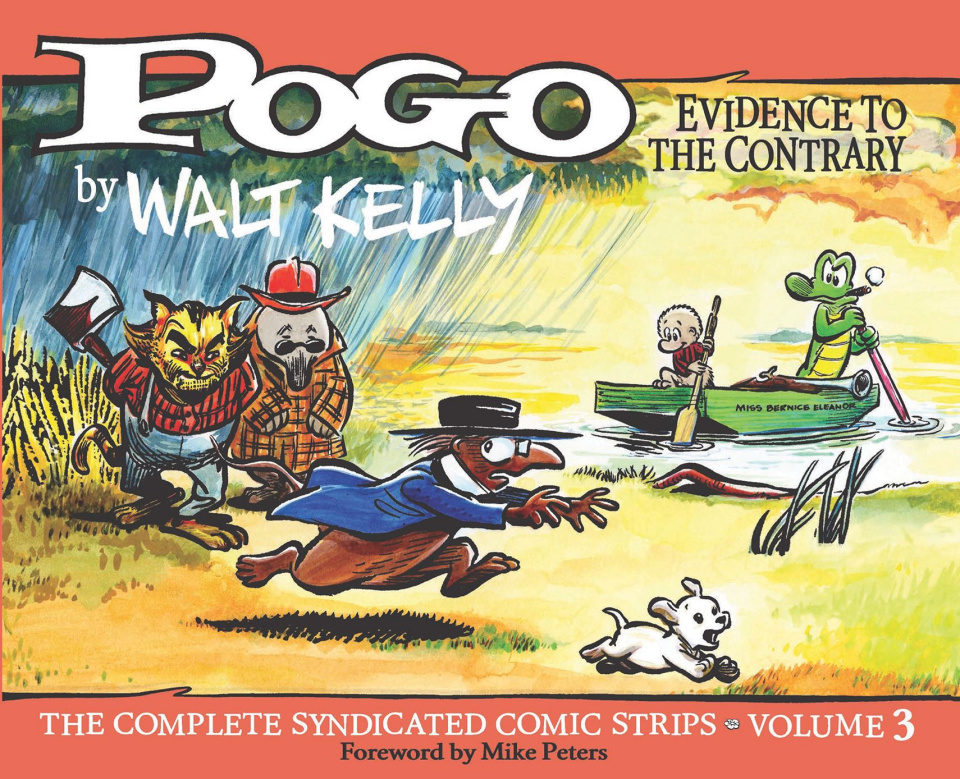