The greatest comic strip heroes of all time, united to battle a menace bazillions of light years from Earth! Ming the Merciless, conqueror of worlds, failed to claim our planet for his empire, thanks to its mightiest champions: Flash Gordon, Mandrake the Magician, Prince Valiant, Jungle Jim, and two generations of The Phantom. Their home saved, our heroes strike out upon a new daring, space-faring quest: to save one of their own from Ming's dastardly clutches, the intrepid reporter Dale Arden! 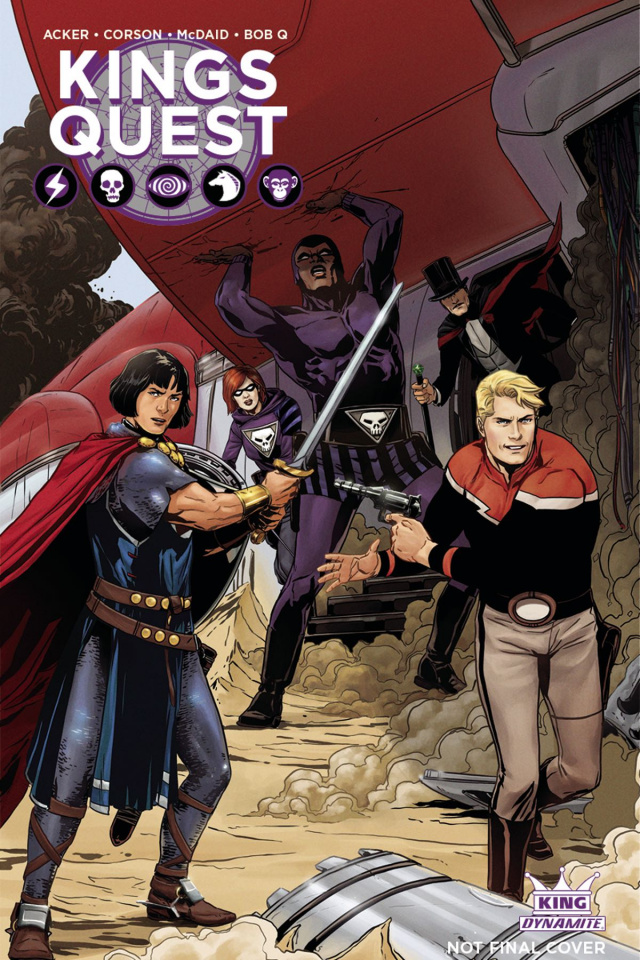