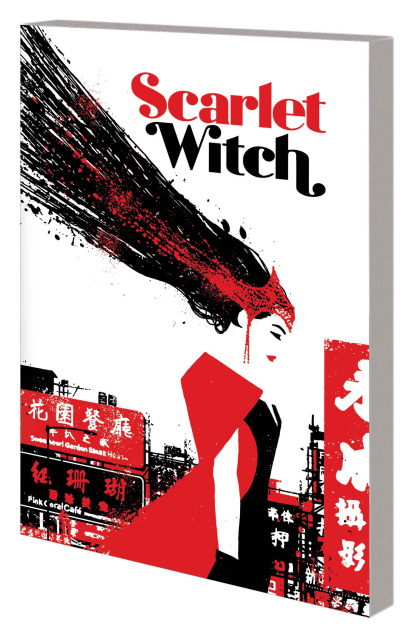 Wanda Maximoff's magical mystery tour continues! On the streets of Paris, can she mend the wings of brokenhearted hero Le Peregrine? Next stop, Hong Kong, where an ancient warlock known as the Dark Tongi has taken a powerful hold. Wanda must seek the help of the young witch called the Wu - but she has her own battle to fight! The former Avenger's personal journey gets reflective as she attempts to reconcile with the sins of her past. But when her twin brother, Pietro, seeks her aid in another superhuman Civil War, what happens when the Scarlet Witch and Quicksilver find themselves on opposing sides? Plus: Wanda hunts a murderer in Japan! And the Wu struggles for survival during magic's last days! Collecting SCARLET WITCH (2015) #6-10 and material from DOCTOR STRANGE: THE LAST DAYS OF MAGIC #1.