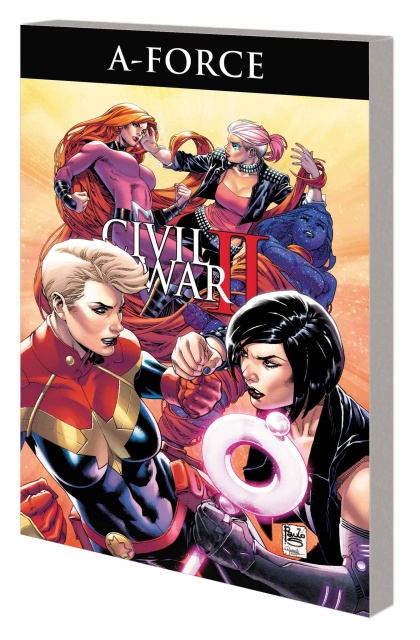 A-Force Vol. 2: Rage Against the Dying of the Light

A-Force is assembled - but for how long? When a massive dragon attacks, She-Hulk, Captain Marvel, Medusa, Dazzler, Nico Minoru and Singularity spring into action! But this dragon is more than she seems and has much bigger plans - including turning one of the team's heaviest hitters against her allies! Will A-Force meet an early end at the hands of one of their own? Or will they be torn apart by the looming CIVIL WAR II? For when a predictive vision proclaims that one member is a murderer, Captain Marvel takes action - and a rift is created that sets in motion a chain of devastating events! Plus: A dazzling Thor steals the limelight! The foul-mouthed, gun-toting Elsa Bloodstone will blow you away! And the fate of A-Force may lie in the magical hands of Nico Minoru! Collecting A-FORCE (2016) #5-10.