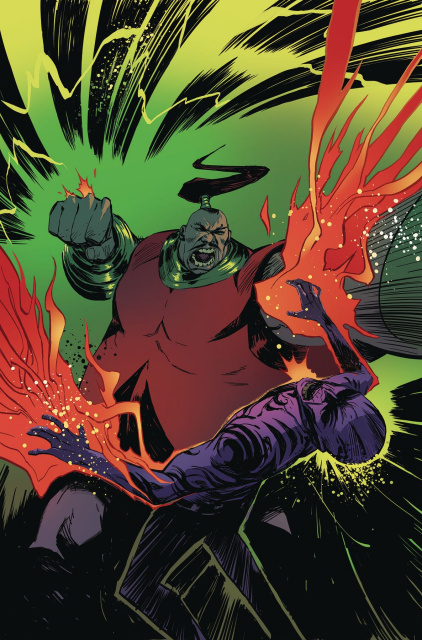 El Diablo, Azucar and Xolotl fight a Suicide Squad reloaded! It's a bad-guy battle that only gets more complicated when the heroes arrive! El Diablo and his friends barely escape only to be trapped by Deadshot! And, in a tale starring Amanda Waller, the Wall is back in her role as deprogrammer and tasked with cracking a catatonic agent who has vital intel on the Squad's current mission. The clock is ticking when Amanda finds herself exposed to a toxin that may take her, and the whole team, down the rabbit hole.